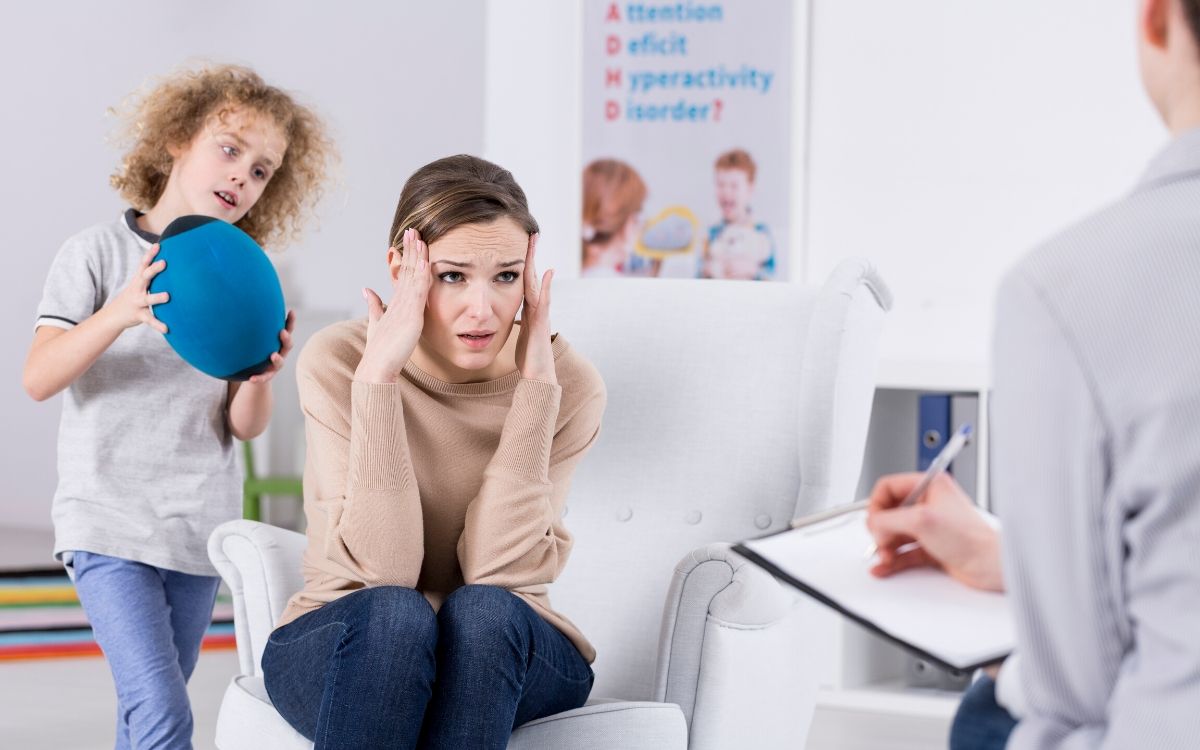 Hi, I’m doctor Brenna Hicks, founder of the kid counselor and play therapy parenting. I had an observation this week. I was actually talking with my husband about some of the calls that I’ve been getting at my practice and what parents have been indicating their children have been diagnosed with before they come to me and I was made aware of some of the trends that I’ve noticed related to children’s mental health and I thought it would be helpful to share some of my thoughts about that. If you recall back to the nineties 1990s the buzz diagnosis became ADHD. All of a sudden all of these kids were being diagnosed with Adhd. They were typically put on Ritalin at the time. I know there are new medications, but Ritalin was kind of the prescribed medication of choice and Adhd was the diagnosis that it seemed that you know every child was receiving if they were struggling in school, if they had some behavior issues, some distractibility, everyone was ADHD and on Ritalin.

And then in the two thousands the trend kind of made a shift into the autism spectrum and so all of a sudden there were lots and lots of children being diagnosed with autism spectrum disorders, the milder version being Asperger’s and then the more severe versions being full autism and obviously the spectrum encompasses a wide array of severity. So there are very mild to very severe autistic children, but that became a very consistent diagnosis and the world was a little bit more aware of autism spectrum diagnoses during the two thousands what’s been very interesting is all of a sudden in this decade I am hearing more and more families tell me that their children are at least being considered for the diagnosis of, or at the very least they are thinking that they may be odd CD or bipolar. And so let me share what those mean.

For those of you that are in the mental health world, CD is conduct disorder, so that has been a very consistent diagnosis that I’ve been hearing a lot about lately. Odd as oppositional defiant disorder and then obviously bipolar. Most people are familiar with that. What’s very interesting to me is ADHD earlier that autism spectrum diagnoses and then now the conduct disorder and oppositional defiant disorder and bipolar. These are really severe diagnoses and the diagnoses that are given in childhood remain on permanent mental health records and they are followed by those labels and those diagnoses the rest of their lives. One of the reasons that I do not bill in network for insurance is because we are required to diagnose if we use insurance and those permanent mental health record labels that when a child goes to get their first job or they apply to the military or they are wanting to pursue anything later in life, those are available for anyone to see as a mental health record and it’s very interesting to me that these diagnoses are being given often by doctors and I’m sure it’s not intentional, but often by doctors who don’t have a longstanding relationship with these kids.

In other words, you visit a pediatrician once a year for a checkup, appearance shares some symptoms and some concerns and the child has given this diagnosis and for a therapist that works with kids day in and day out on a weekly basis for months and I see such different things coming out of these kids and yes, I can see how the diagnostic criteria might fit. I can see the conduct disorder could be a fit for this child. I could see that oppositional defiant disorder can be a fit for this child. Yet. If you look at all of the other layers to what’s going on, if you look at environment and you look at history and you look at background and you look at academics and you look at the social and the emotional, you wrap all of these facets and these layers into the picture all of a sudden, oh, dd and CD and bipolar don’t seem to tell the whole story anymore.

And I have never, that’s an absolute on purpose. I have never had a family complete play therapy with me and still pursue a diagnosis or medication. And let me, let me set a disclaimer. There are children who have chemical imbalances that have physiological or biological disorders that require diagnoses and medications. So I am not saying that no child should ever be diagnosed or medicated, but what I do feel is that often it’s too quick and easy to be given a diagnosis and a prescription instead of realizing that there are so many more layers to what is going on. And so when I’ve worked with families and we’ve completed the play therapy process and they no longer feel that it’s even worth pursuing a diagnosis or medication, I think that speaks very highly of the process of the healing that children can do if they’re given the right environment and the time, the tools and the opportunity and play therapy provides that for kids and so if you are a mom or a dad or a grandparent or a caregiver that has been told to pursue a diagnosis, been told to fill a prescription for the little one in your life, please be careful and be thoughtful about what that process looks like.

I would encourage you to meet with a play therapist, meet with counselors that are trained, working with children and see if that would be an avenue that you could pursue first. I always say that medication as a last resort, so if we get to the end of treatment and there are still enough struggles that warrant medication, then we would absolutely pursue that down the road. But I don’t believe that that is the first line of defense. I believe that would be a last resort. So I would encourage you, please look into therapy for your child. Please be aware that these diagnoses that are being given and the medications that are being prescribed, they’re not necessarily the only route and often they aren’t the most effective route. So I would encourage you, look up some play therapists in your area. Talk to some therapists that you know are trained in working with kids and and see if that would be something that you could entertain before you go down the conduct disorder or oppositional defiant disorder or the bipolar route. Those are really severe diagnoses and I often feel, unfortunately, that kids are given those without necessarily needing them. So thank you so much for watching and I look forward to talking with you again soon. Bye.