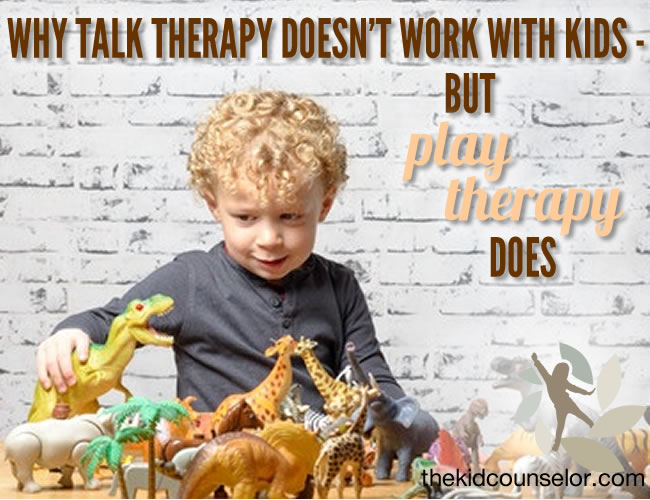 I am often surprised at the number of parents who sit across the desk from me at my office and explain with frustration that all they get is one word answers from their kids – fine, good, yeah, no, okay, whatever. And that the most common phrase that they hear in response to their questions about why anything happens is, “I don’t know.” It then becomes my job to explain to them that those are appropriate and honest responses, albeit maddening. Here is the scoop on why kids are likely not to talk to you, or a therapist!

Most kids do not have the verbal capacity for lengthy conversation in childhood because their language and vocabulary have not fully developed. Kids continue to learn words, tonality, conversation skills, and much more well into adolescence. An analogy would be asking you to speak Spanish for twenty minutes when you only know a few basic conversational sentences, like: hello, how are you, thank you, goodbye. You would probably just shrug your shoulders and sit there quietly, which is exactly what kids do when asked to talk.

Until about the age of twelve, kids do not develop the ability to reason abstractly. Therefore, they  do not think through consequences of their decisions, how their actions might affect others, that what they perceive is not necessarily true, or that there is a bigger world view than just their perspective. Because kids live in the here and now, and are driven by their emotional centers, they react and feel deeply. It is only after the fact that they become aware that they should have handled it differently. Adults are rational, logical, intellectual beings; this is in stark contrast to kids, who are the opposite. Asking kids to talk through something (cognitive process) creates an internal battle between their head and their heart (emotional process).

Kids do not instinctively understand their emotions, nor have a word to describe what they are experiencing. This means that kids are more likely to act out their emotions behaviorally then to process them cognitively. When kids throw something across the room, hit their friend, or say something hurtful out of spite, it is reactionary. Without the awareness of being able to say, “I am angry!” they show you that they are angry in an unhealthy way. If you ask why they did that, they literally don’t have the emotional vocabulary to tell you.

Truth be told, it is difficult for many adults to talk about their feelings and their struggles. It is far easier to push them aside or to channel them into outlets that seem helpful. Kids are no different, but they also have the developmental barriers that prohibit conversation. Since kids’ natural language is play, toys become their words and they are able to express all the things that they cannot say. Therefore, play therapy allows kids to communicate in the way that is the most natural and least restrictive.