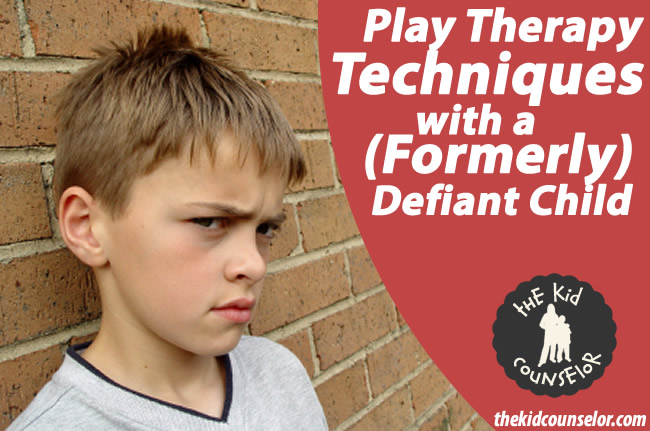 We had a family move in down the street from us a while back and my interaction with the six year old boy was such a success that I felt it necessary to share it with you. For you to fully understand the significance of what happened, let me give you the back story.

This boy, who I will call Jay, is the youngest of two children. His older sister is the epitome of intelligence, good behavior and perfectionist tendencies. Jay, as is common in youngest children, realized he couldn’t compete with his “perfect” older sister, and realized he could get attention by doing the opposite. Essentially, he became the “bad boy.” He was kicked out of three preschools and his parents controlled his every waking moment by not letting him go anywhere without supervision.

When he first moved into our neighborhood, he was followed around by his sister who acted as his mother hen, keeping him in line and monitoring his behavior. He was not allowed to go into anyone’s home, and was not trusted to make any decisions for himself. Other neighbor kids would tell me that he gets into fights and gets in trouble, and that they aren’t supposed to be his friend. I found it very telling that he couldn’t escape his past even if he wanted to act differently.

Getting to know Jay

So, as a play therapist, children’s counselor, and resident neighborhood mom, I decided to see what Jay was really all about. I started engaging with him when he was outside playing, asking him about his interests, his family, sports, games, whatever allowed me to make a connection. Every interaction was focused on positive and encouraging topics, never once discussing his behavior or the problems.

Jay started coming over more, even though he still only ever played in our driveway or yard. I would ask him to come inside, and he would always run down to ask, to return with a defeated, “I can’t.” As I spent more time outside watching interactions between him and other kids in the neighborhood, it became clear to me that his aggression and rebellion almost always stemmed from insecurity and low self-esteem. If another boy was beating him in basketball, he would act out, argue and yell. I saw the “bad behavior”, but also realized he had never been shown any other way to respond, had never been given the chance to exercise self-control, and had never perceived himself in any other way than negative.

Well, that was the beginning of my Play Therapy intervention with this “defiant” child in the neighborhood. I made it a point to thank him and show appreciation for everything he did that was helpful, respectful, or thoughtful to my son. (Interesting to note, this boy was and is more considerate and kind to my three year old than any of the “good kids” in the neighborhood have ever been. He shares with him, chooses him to be on his team, asks him to play and so on.) I realized he has only ever been given negative attention, so that is what he seeks. When he started to get acknowledged for positive behaviors, it felt good and he wanted to do them more often!

I also began getting to know him on a more personal level. I asked about his favorite things, his middle name, his pets, his best subject in kindergarten. At first, he didn’t even know how to answer. He consistently said, “I don’t know.” Over weeks, he began to open up more, trust me, and want to talk when he came over. I wanted him to realize that he was valuable and interesting and worthy apart from his actions. He began to smile more and seem more at ease.

With this comfort, came increased willingness to test limits and boundaries as well. One afternoon, Jay, my son and another boy were playing soccer in our front yard. Jay and the other boy began competing for control and power, arguing, yelling and snatching the ball from each other. I quickly set a limit on their behavior – “Boys, if you choose to play soccer at our house, you choose not to argue or fight with each other. If you choose to argue and fight, you choose not to play soccer anymore.” They both acknowledged me and calmed down, momentarily. As soon as Jay got frustrated by losing again, he began to yell and pick a fight with the other boy. I reminded him again of the limit, and explained that at our home we do not yell or act disrespectfully.

A few minutes later, Jay got frustrated again, and grabbed the ball from the other boy and started yelling at him for not playing fairly and cheating. I said, “Jay, I know you are frustrated, but he is not for fighting with. You choose not to play soccer anymore.” He stormed out of the driveway, yelling that he didn’t want to play soccer anymore and everyone was stupid. I watched him leave, hoping that the investment I had made in him would bring him back again.

My hopes were quickly realized when less than five minutes later, Jay appears in our driveway again. I walked over to him, got on my knees so that I was on his eye level, placed my hand on his arm and said, “I am not upset with you. I set a limit that you can choose to break or follow, but either way, I am not angry.” He said, “I know” and walked away. This interaction was critical for several reasons: I followed through with consequences, I showed unconditional acceptance and respect, I demonstrated emotional control, I got on his level, and I made physical contact.

From that point forward, he has never tested boundaries or acted out at our home again. He is polite, follows the rules, gets along well with other kids, and never questions limits that are placed on his behavior. He is now allowed inside our home, and is one of my son’s favorite playmates.

So, what are the lessons to be learned here? EVERY kid has hidden potential and capacity to thrive if given tools and opportunity. EVERY child can be encouraged, loved and guided to better self-esteem, self-concept and self-worth. EVERY kid deserves the chance to break out of old patterns of behavior and reinvent him or herself. And EVERY kid wants to be accepted and valued. I am thankful for Jay for reminding me of these things, and hope that he knows how very proud of himself he should be!