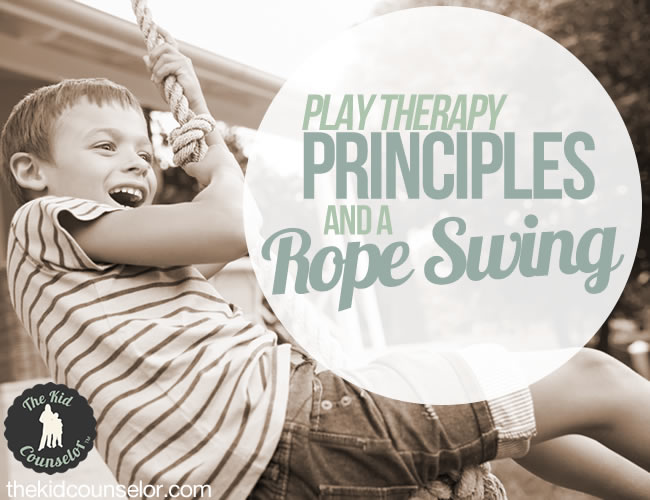 I don’t know if you faced the same dilemma, but on a rainy Labor Day this week, my husband and I struggled to figure out what to do as a family. We threw out a few ideas, but finally settled on a three-story indoor gym at a local center. Our son could play for two hours and we got to sit and chat. It couldn’t be better!

It just so happened that we ended up sitting right next to the rope swing in the gym. We got a front row seat to the most conflict-producing spot in the whole place. Kids were constantly fighting, arguing, pleading, crying, accusing, and just in general upset about not getting a turn on the rope swing.

The observation process of all of this was so fascinating! Some kids asked nicely to have a turn. Some kids got tired of waiting and gave up. Some told the swinging child that he/she was not good at sharing. Some kids on the swing immediately got up when asked. Some ignored the response for a few more passes and then quietly left. Others refused to let go of their turn, no matter the request. It really was a study in personality and cooperation.

So, fast forward to the first time my son wanted to swing. He calmly waited without saying anything. I told him that it would be helpful if he asked to have a turn. He did, and the child swinging continued without a thought. After a few more requests from my son, who was clearly not understanding the refusal to share, I decided it was time for some play therapy principles.

Here is how the conversation went, with 5 yr old Wesley:

Me: I wonder if you could take turns (REQUEST). He would like to swing, too.

W: Are you his family?

Me: Yes, I am. You can share and then he will let you swing again when he is done.

Me: Yes, I know. You like the swing (REFLECTING FEELING), but he would like a turn (LIMIT SETTING).

W: You aren’t my family.

Me: You are right, but I am his family. You can swing for five more seconds and then it is his turn. (Counted to five.) (GIVING HIM TIME TO COMPLY).

W: (Still swinging) But I want to swing.

Me: Okay, you have chosen for me to come in and give the swing to my son. It’s his turn now (ENFORCING THE LIMIT). (I climbed into the 3 story indoor gym and held the rope until he got off.)

W: (Got off and waited at the front).

Me: Thank you for sharing the swing (ACKNOWLEDGING HIS CHOICE).

I realize to a random stranger, it just seemed like I was standing up for my son’s right to swing. However, there are a few noteworthy moments that followed. After a few passes, my son left and ran off to do something else. I said to Wesley, “See, you let him have a turn and he is done. Now it’s your turn again.”

Over the next hour, Wesley never left the rope swing. He continued to want to keep it for himself. Interestingly, when a child would come in and wait, I would encourage Wesley to give the waiting child a turn. He did, with much less reservation and argument. Even more amazing is that if he felt they were taking too long, he would say to them: “You have five more seconds and then it is my turn.” And he would count out loud to five, just like I did! Without fail, the child would get off of the swing and let him back on. And I would say, “You are learning to share and take turns!”

So, the take aways from this indoor gym interaction are:

After all of this was over and we were getting ready to head home, I looked at my husband and said, “Isn’t the power of play therapy principles the most AMAZING thing?!” He smiled and said, “Yep, and you should write a blog post about it.” 🙂