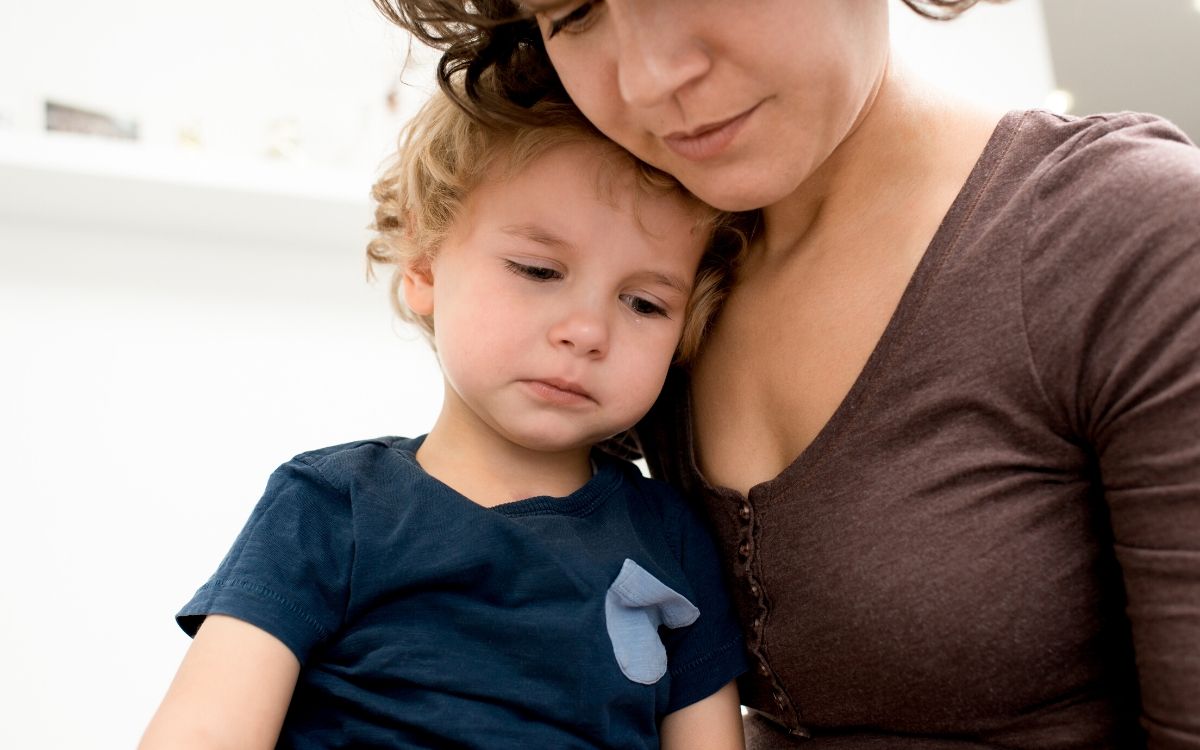 How to be truthful with your kids, even when the truth is hard! (great advice for adoptive families)

This week, I wanted to share a story with you about an adoptive family that reached out to me to ask about the best way for them to speak with their daughter about some things that happened with her biological family.

I know there are a lot of families who foster and who adopt children or adopt out of foster care. So I thought this would actually be very helpful for that community to hear some perspective and some thoughts, based in play therapy, the best way to handle difficult conversations about biological families.

So I had several thoughts that I shared with them that I’d like to pass along to you as well.

Yes, kids need to be protected from specific details that are too big for them to understand, but they need to be told the truth, and they need to have their questions answered. Things become really scary and really overwhelming and really disregulating when there are unknowns involved. But if kids are given information enough so that they can make sense of the world and reduce the unknown, all of a sudden they handle almost everything with a lot of resilience.

So, first and foremost, they need age appropriate honesty.

Secondly, they need consistency in the messages that they’re told. So if the child has always been told something about their biological family, “they couldn’t care for you.” “They were sick.” “They were in jail.” Whatever the scenario, that needs to align when they become old enough to understand the bigger picture.

In this particular case, the mom had been an addict and she overdosed, and that’s why she was “very sick.” Her daughter has never known about the drugs. She has only ever known that her mom was too sick to care for her.

That is the biggest danger of trying to protect kids from information that maybe is difficult for them… to know or hear… is that once they have enough perspective, and once they understand the whole story, they will feel that they were betrayed, or they were lied to, or that they were not given the truth. And therefore the parent is no longer trustworthy.

Interestingly enough, long term, every child that goes through a scenario, where they’re raised by someone other than their biological family, every child will go through the grief of that. The discovery of why and what and how and all of those details… that is a natural part of the acceptance of the way that things are.

That’s a hard enough thing to process in and of itself. But if you complicate that and add on the layer of betrayal and resentment and anger for what you perceive as an injustice or dishonesty, it makes it so much harder for them.

So I communicated to this family how very important it is that they make sure they’re consistent in their messaging. It doesn’t have to be the whole truth, but it needs to be consistently true.

Finally, you can respond in extremely neutral, emotionless ways to the conversation and the questions.

In other words, we as adults have a much better perspective on the emotional implication of things, such as drugs and addiction, and overdose and death, and all of those things kids don’t. So when we bring up something that’s difficult to our kids, even though it’s honest, they will likely have questions. And we have to be purposeful in separating our emotions from that.

In other words, they might say, “if Mom dies, will I get to see her again?”

And they’re asking that just as if they would ask, “Why do we have to put air in the bike tire?”

Because it’s just a discovery of the world and it’s making sense of input for them, whereas, we come at it with all of the emotional ramifications.

So if we respond very neutrally, very calmly, and very factually, that allows them to dialogue and process without fear of our reaction. It helps remove the cloud of feelings interfering with them, just trying to seek information and have questions answered.

So if you have anyone in your life… a child, adult, teenager… at any age who needs to be told the truth, even if it’s a difficult conversation, please use these skills. And please know that this is an effective way of helping the person that needs to hear those things process them in the best way possible.

Thanks so much for watching. See you again! 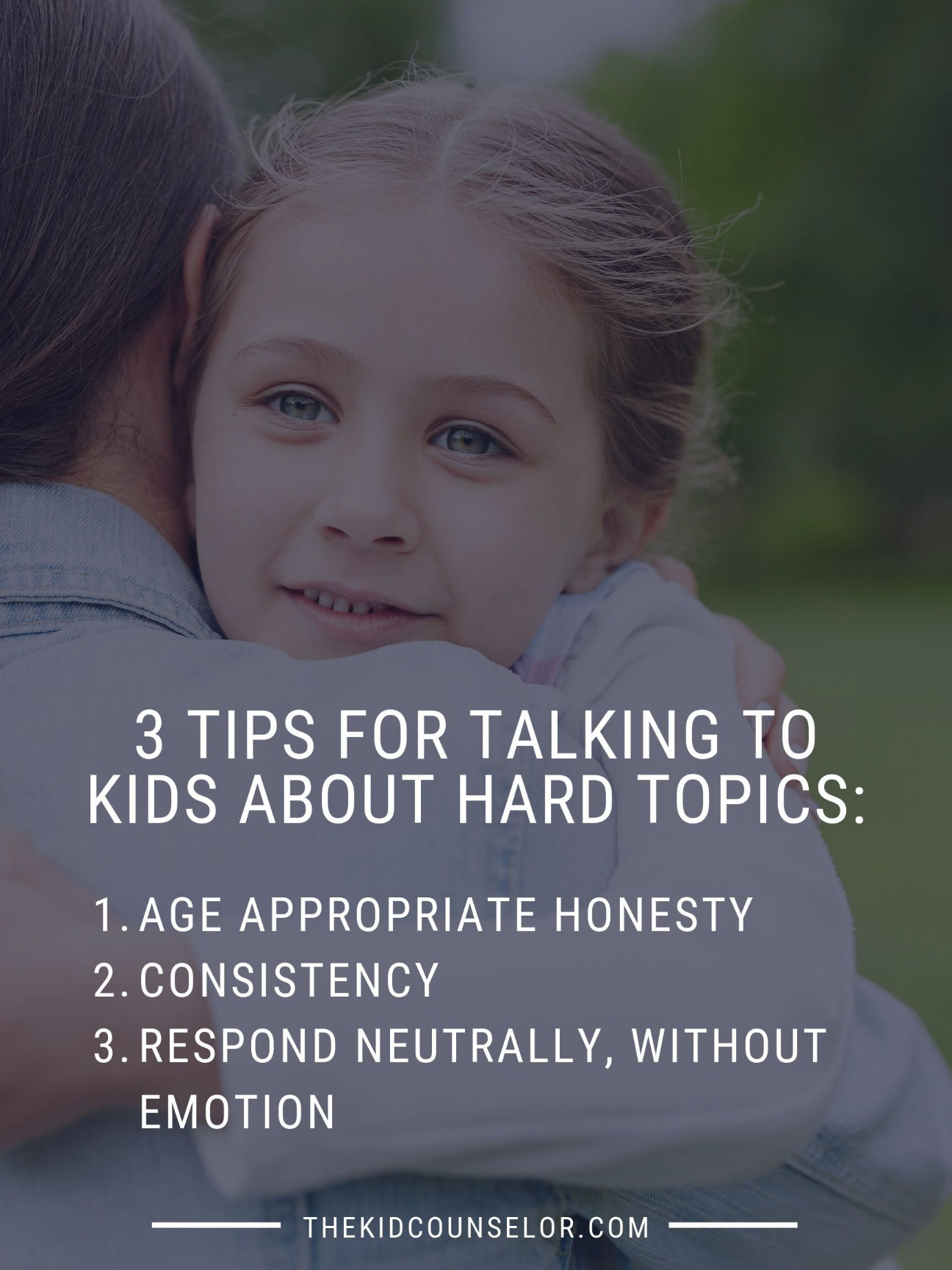 ‘Dr. Brenna has helped me gain perspective in my parenting!’ <– If that sounds like something you’d say, please consider rating and reviewing my show! Your ratings and reviews helps my podcast reach more people, inspiring them to build better relationships with their kids. Click here, (you need to be in your Apple Podcast app) scroll to the bottom, tap to rate with five stars, and select “Write a Review.” Then be sure to let me know what you thought about the episode!