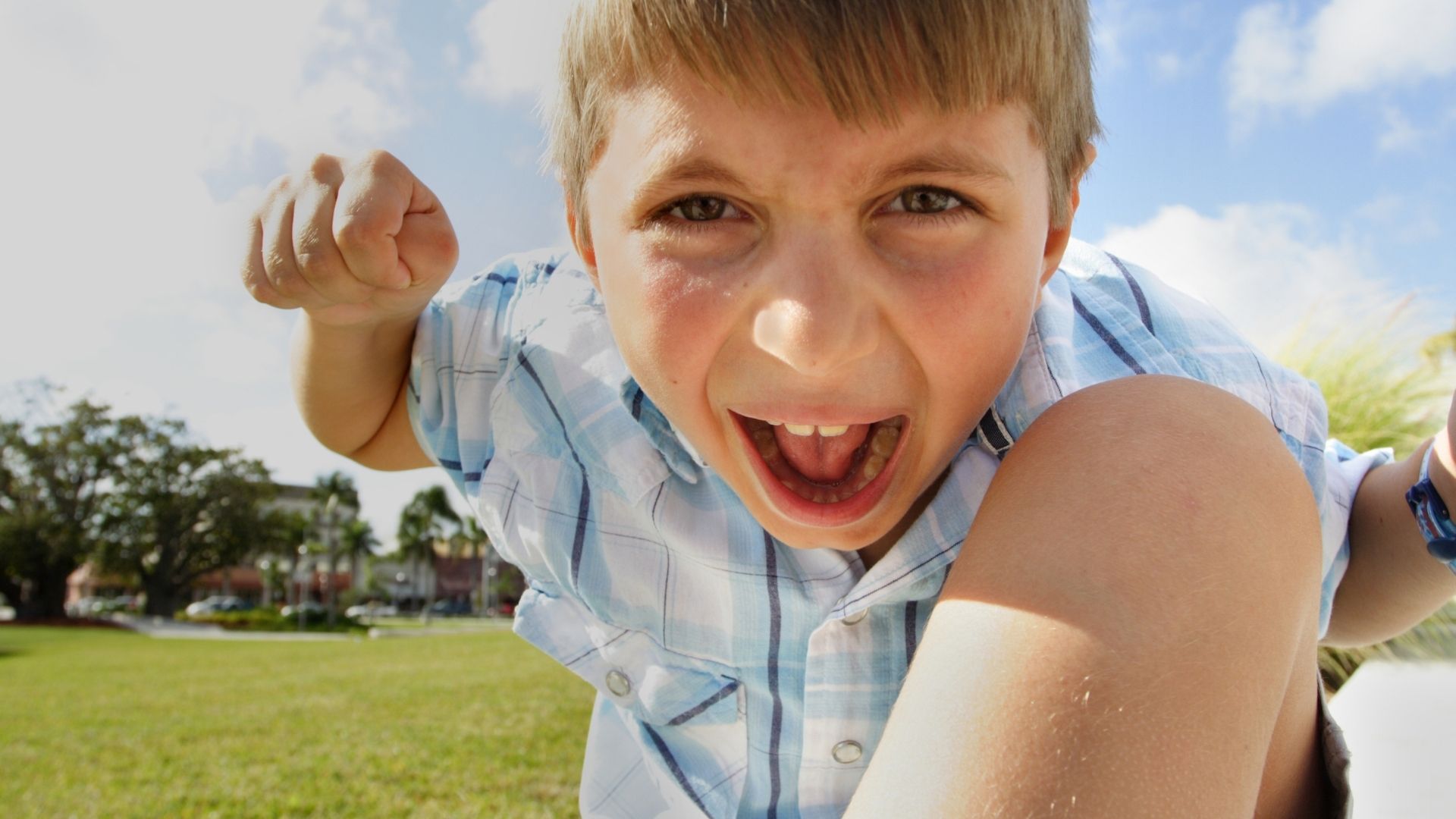 Parents are often concerned when children express angry or aggressive behavior. In this podcast exclusive I discuss how parents can recognize the deeper emotions driving the angry, aggressive behavior. Once you understand why kids default to anger, you will be able to respond in a way that helps them express their vulnerability and develop an emotional vocabulary.

Hi, I’m Dr. Brenna Hicks, founder of The Kid Counselor and Play Therapy Parenting. I offer consultations at my practice and I often meet with parents who share their history and their background and their concerns about their child. And then I’m able to offer some insights and walk them through the play therapy process in a helpful way so that they understand what to expect should they decide to pursue therapy. And I realized that I found myself saying the same things over and over and over again. So I feel that they are relevant and I feel that they are probably somewhat universal for parents trying to raise healthy and happy kids. So I thought I would share a few of those insights and thoughts with you that I share with parents in my practice.

So the one I’d like to share with you today is the concept of when children express anger, and that ends up being in a violent or aggressive or power hungry type of way, that is almost always masking another negative emotion. Let me explain that in a different way. It’s interesting that most parents that tell me where they have the most difficulty with their kids, it’s with angry outbursts. And then of course behaviors come with angry outbursts. So it’s aggression or mouthiness, sometimes physically acting out, sometimes behaviorally acting out. But I would say more often than not, parents will complain of angry issues with their kids and they almost always revolve around when a child does not get their way. So it’s usually in response to what they call the tantrums, outbursts, meltdowns, angry moments with their kids. And I find that once I say this to parents, what I’m going to tell you in just a minute, they have a different perspective on what is going on in those moments. And what I have found in working with many, many, many kids is anger is the only negative emotion that does not require vulnerability to express it.

So let me paint that picture a little bit. If you think of every emotion that we go through as humans on a spectrum, there has to be a midline that divides the positive emotions and the negative emotions. So that very neutral midline is neutrality. There isn’t a positive or a negative. It’s just arguably maybe contentment. Maybe that’s the neutral emotion, so you have everything on the other side of that midline would be a negative emotion. Yet those negative emotions all require vulnerability with the exception of angry emotions. And here’s why, because angry emotions allow the child, and largely adults if they don’t have emotional maturity, allows you to feel powerful and feel in control. And when you don’t feel well for any reason – fill in any other negative emotion – when you’re in that place, all you really want is to feel that you have some power and control and anger affords you that opportunity.

But if you’re ashamed, if you’re sad, if you’re hurt, if you’re embarrassed, if you’re disappointed, if you’re any other negative emotion – you can literally pick it off of the whole spectrum – to express that to someone, “I’m sad. That hurt me. I’m scared. I’m worried. I’m disappointed. I feel guilty.” You also have to say, “And that makes me vulnerable.” Well, you don’t have to say that, but that’s the underlying emotion there. So kids will naturally gravitate toward anger because with anger they can feel powerful and they can feel in control.

So once parents understand that, it totally changes the interaction when a child is showing anger because all of a sudden it’s, this isn’t anger for anger sake, it’s masking something else. Let me try to figure out what’s actually underlying this anger reaction because it’s something else. But it’s easier to just get angry and mad because that’s what makes you feel better.

So I hope that that will empower you to see through the anger, see through those outbursts and tantrums and meltdowns so that you can spend some time to possibly try to reflect what the child might actually be feeling because it’s always there. There’s always something else. And we just have to be sensitive to brushing aside the anger reaction to get to the underlying emotion that they don’t really want to show or don’t know how to show it an effective way.

I hope that encourages you. It’s easy to get frustrated by the anger, but if we’re purposeful, we can really dig past it to get to a more significant feeling that’s taking place there for our kids.

So please like me on Facebook, subscribe to my iTunes podcast and sign up for my email newsletter so that you’re always in the know with things that I have to share and opportunities for me to give you some tips and parenting techniques and just things that I think are helpful and relevant for you. So I appreciate you watching. I look forward to talking with you again soon. Bye.