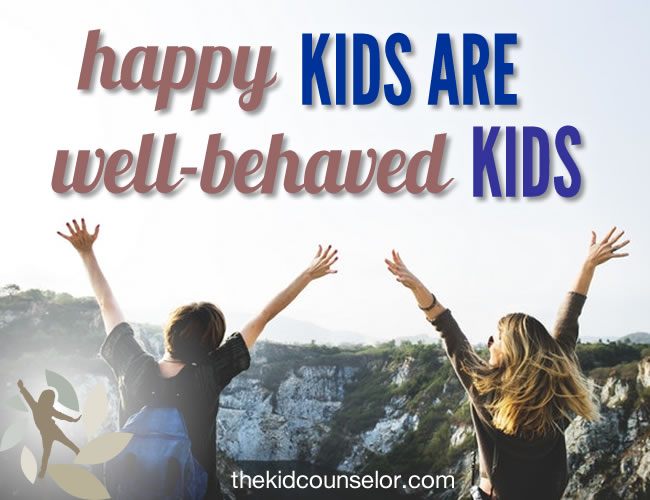 My son is almost eight, and I am aware of how much he changes in a few months time. I work hard to adjust how I interact and what lessons I teach him based on new traits that develop or shifts that I witness in his development.

One of the recent conversations that we had was about his attitude. He had a group of boys in his class who were very mouthy and sarcastic. They also reacted in anger when they got frustrated, and lashed out at peers in retaliation. He picked up on some of those behaviors and began to act in the same manner, which in our family is not acceptable. I know that every issue that emerges is temporary, but I still wanted to address it in the moment so that he understands why it needs to change.

It isn’t always easy to explain things like this to kids, even as a play therapist and professor. After the standard, “It isn’t respectful to be mouthy” or “It isn’t self-control when you lose your temper,” I was struggling to tell him something with which he could relate.

I started with telling him that kids come to see me at my practice because they are having a hard time with their behaviors or emotions. I explained that their parents didn’t like how they were acting and they wanted me to help their kids feel better. But that wasn’t clicking for him.

Then, in a moment of clarity, it hit me that it was less about their behavior and more about their overall contentment. Each of these boys at school has family issues; one has a mom who is very punitive and demanding. Another has divorced parents who do not get along. Another has an aunt raising him because his parents are out of the picture.

So, I had my approach. I sat down with my son and explained that the boys at school are acting in those ways because they are trying to communicate something to other people. That kids show what they think and feel with their behaviors, not their words. And that they were obviously upset or angry or frustrated or confused. And that no matter what they were feeling, it wasn’t happiness.

My son began to understand that it was a problem that they acted that way. And more importantly, he didn’t want to follow suit. It finally came down to a relatively simple conclusion. I said, “When kids aren’t nice or act out, are they happy?” His response, “No.” I followed with, “Are you happy?” He replied, “Yes.” And then I said, “So what is the moral of this story?” He said, “Happy kids are good kids.” I thought that was all that needed to be said.