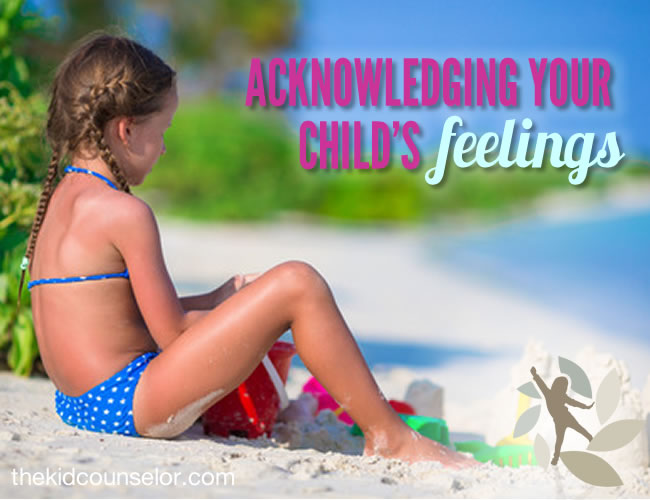 As I have mentioned before, I am constantly aware of kids’ behavior, parent-child interactions, and the dynamics of families. Even on vacation, when I try to take off my child therapist hat in favor of one that blocks the sun as I lounge by the pool, I can’t escape the observations that pop into my head surrounding kids and their families.

I was on a 6 day cruise last week to the Florida Keys and Cozumel, and I recognized a pattern in several interactions between parents and their children who were being “difficult” in moments. Here was the pattern:

Interestingly, it was very clear that neither the parents nor the kids walked away from the interactions feeling good about what happened. Neither side “won.” Neither side felt that the other understood them. Neither felt that resolution was achieved. It was defeating for everyone involved. So, what could have been handled differently? Play therapy principles to the rescue! 🙂

One of the magical outcomes of reflecting feelings to children is the way that it instantly diffuses the problem. Kids are immediately calmer because they feel that someone understands what they are experiencing. Even when something is frustrating to children, when an adult acknowledges that they know how it feels and that it makes sense to be upset, they no longer need to SHOW how frustrated they are. The desire to act out the feeling disappears, and therefore the undesirable behavior stops as well.

Another outcome of reflecting feelings is that as kids hear their feelings labeled and spoken to them, they are able to connect their internal experience to a word. Then in the future, when they feel the same sensations and emotions again, they can quickly recall the feeling to communicate verbally instead of acting out.

This happens with my son consistently, even from as young as two years old. Being raised with play therapy principles from birth, he has an immense emotional vocabulary. We have always acknowledged his feelings and given him awareness of what those are. Instead of throwing tantrums, screaming, hitting, slamming doors, or losing control, he has always been able to say, “I am getting frustrated.” or “I’m really mad.” And that is what I have always wanted – a kid who can regulate his emotions because he understands them and has a way to appropriately express them. And therein lies the beauty of play therapy principles!