The Consequence is Enough

Hi, I’m Dr. Brenna Hicks, founder of The Kid Counselor Center and Play Therapy Parenting. Today I wanted to share a tip with you based on my experience with dozens, maybe hundreds, of moms and dads around the country and around the world. And it’s something that I think it’s easy to not realize that it’s taking place while it’s happening. But once you’re aware of it, it’s something that you start to notice more and more, and definitely something that we can try to purposefully be conscious of and try to avoid.

So often when children are acting out, when they are struggling with their behavior, they’re struggling to self control, self regulate, they end up doing things behaviorally that are frustrating. And what can happen if we don’t have a tool to combat that with is we can become too emotionally wrapped up in their behavior, and in the consequence.

Let me share what that might look like. A child speaks disrespectfully to you in front of other people. If you are emotionally invested and too emotionally tied to the behavior, then you feel embarrassed or you feel that you have to make a big deal about the fact that they were disrespectful to you, especially in front of other people. So that can be a very easy trap to fall into because part of our identity is in our parenting. And so if a child is disrespectful or if they are pitching a fit in front of their classmates or in a grocery store, some public place, it can be very frustrating for us as parents. And unfortunately, if we don’t have the tools and we’re not equipped to handle that appropriately, we can start to make too big of a deal because of our own emotional investment.

So what I would like to encourage you is several things. I think there are about three layers to this scenario. The first is the more consistent you can be with expectations and consequences, the less that will happen for you as a parent. In other words, if you neutrally ahead of time – for example, your child has struggled four times in a row when they go to a park. They start to play too rough or they get too excited, and then someone ends up getting hurt, for example, so you know that could be an issue for your child. You know it can be a struggle. And you also know that you end up feeling embarrassed or guilty or uncomfortable when that unfolds. So you would set beforehand at a neutral time, “Johnny, I know that the last few times have gone to the park, it’s been hard for you to control your behavior. If you choose to go to the park today, you choose not to get wild and act in…” fill in the blank. (So pushing others, cutting to the front of the line, running around and chasing someone playing tag, whatever the behavior is that you feels inappropriate.) So, “Johnny, I know you’ve had a hard time the last few times we’ve gone to the park staying under control. If you choose to go to the park today, you choose not to act in (a very explicit explanation of what that is.) If you choose to act that way at the park today, you choose for us to immediately leave and go home.”

Now notice that you have given the child the choice of the outcome and by the very act of them agreeing to those choices, there is buy-in and a greater likelihood that they will comply. And should they get out of control and act in a way that you already said was not appropriate, then you can emotionlessly respond in a way that you just acknowledge the choice that they made. “Johnny, I see you chose to get out of control and push people at the park so you chose for us to go home.”

Notice you’re not embarrassed. You’re not guilty. You’re not frustrated. You’re not upset. You’re nothing. You are neutral because all you’re doing is affirming the choice that your child made. So I think that’s a really big piece of this. It’s giving them specific expectations ahead of time.

The second piece of this is being consistent with giving them those knowledge and awareness of consequences ahead of time. But then being consistent with the follow through because this loses its effectiveness if you say, “If you choose to go to the park, you choose to stay in control. And if you choose to get out of control, you choose to leave.” But you’re talking to your friend or your other kids want to stay and play and it wouldn’t be fair to them, or all the reasons why it might not be convenient to leave the park right away. What the child learns is there are no consequences to my behaviors because they said that was a consequence and then it wasn’t. There does need to be consistent follow through and enforcement of those choices.

And the third and probably most important is the consequence is enough. And what I mean by that is we can get caught in the trap of continuing to belabor and make such a big deal about the behavior that took place or the tantrum that unfolded or the mouthiness that happened earlier in the day. And we can keep bringing it up and we can keep dwelling on it. And we can keep making our children feel badly about it, almost like they need to know in their guilt and in their remorse, how negatively it impacted us.

And that can also sometimes spill over into other people outside the family. So sometimes adults will say, “Why don’t you tell Miss Debbie what you did today?” And that can happen when spouses come home. “Why don’t you tell your mom what happened at the park today?” And we think that that’s teaching a lesson or reinforcing the punishment, but what it’s actually doing is connecting our own opinion to what happened because we’re still so upset about it. Kids almost always have moved on, but we’re still so upset about it. We’re still ruminating on it, so we have to keep talking about it.

Notice the implication is, “You’re good, you just made a choice that could have been different.” So I think underlying it all is the belief that kids are good and we give them chances to show that and demonstrate that rather than focusing on the bad things that they do. Because kids are always good. Sometimes behavior is unacceptable.

So I think those are the three components of that emotional investment we have in our children’s behavior and how to make sure that that doesn’t spill over in a negative way in our parenting.

So if you enjoyed this, if you found this helpful, please like it. And if you have comments or questions, please feel free to leave those below. And I will be happy to respond. I would love to hear from you. Thanks so much for watching. I’ll talk to you again soon. Bye. 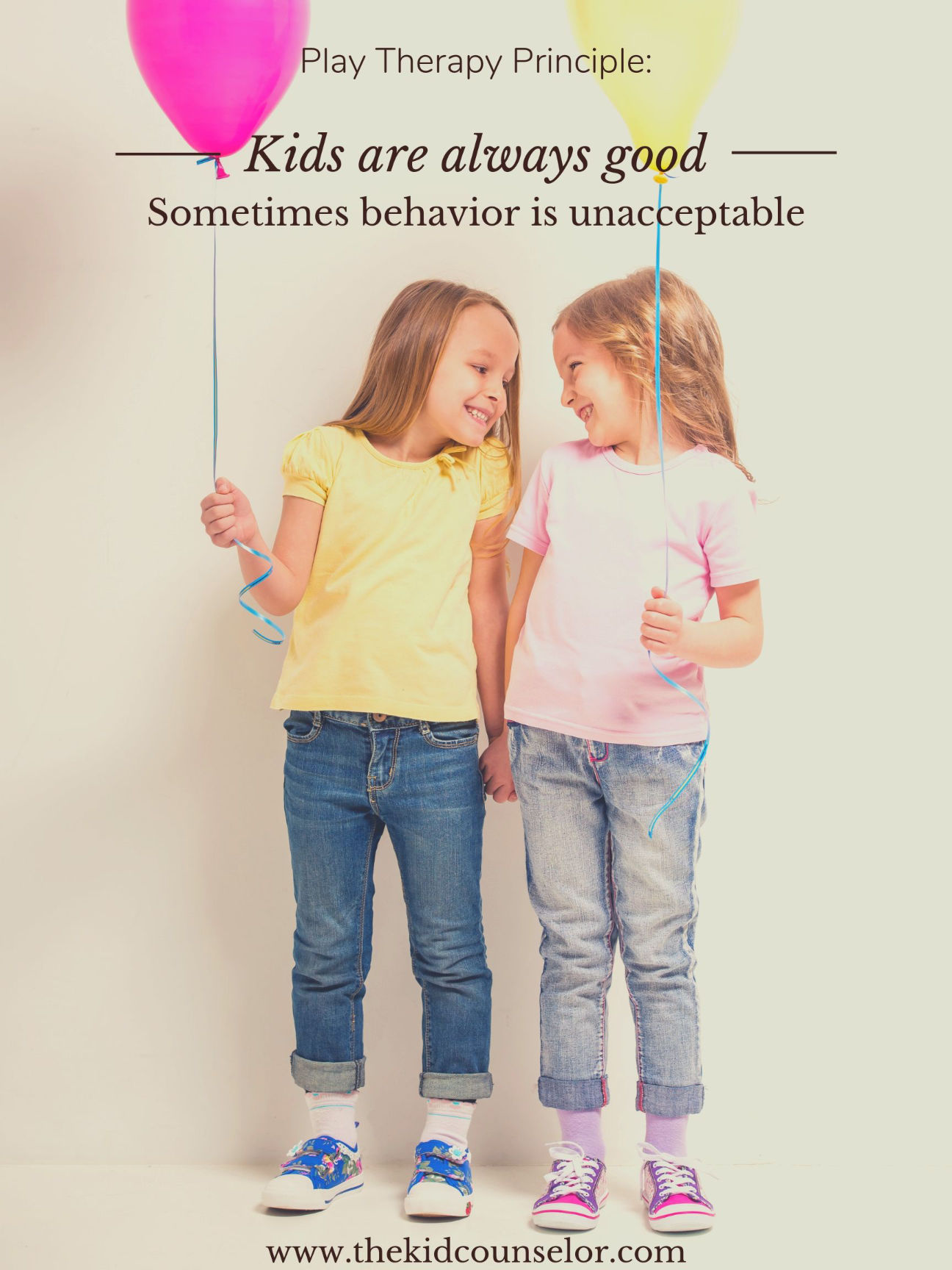 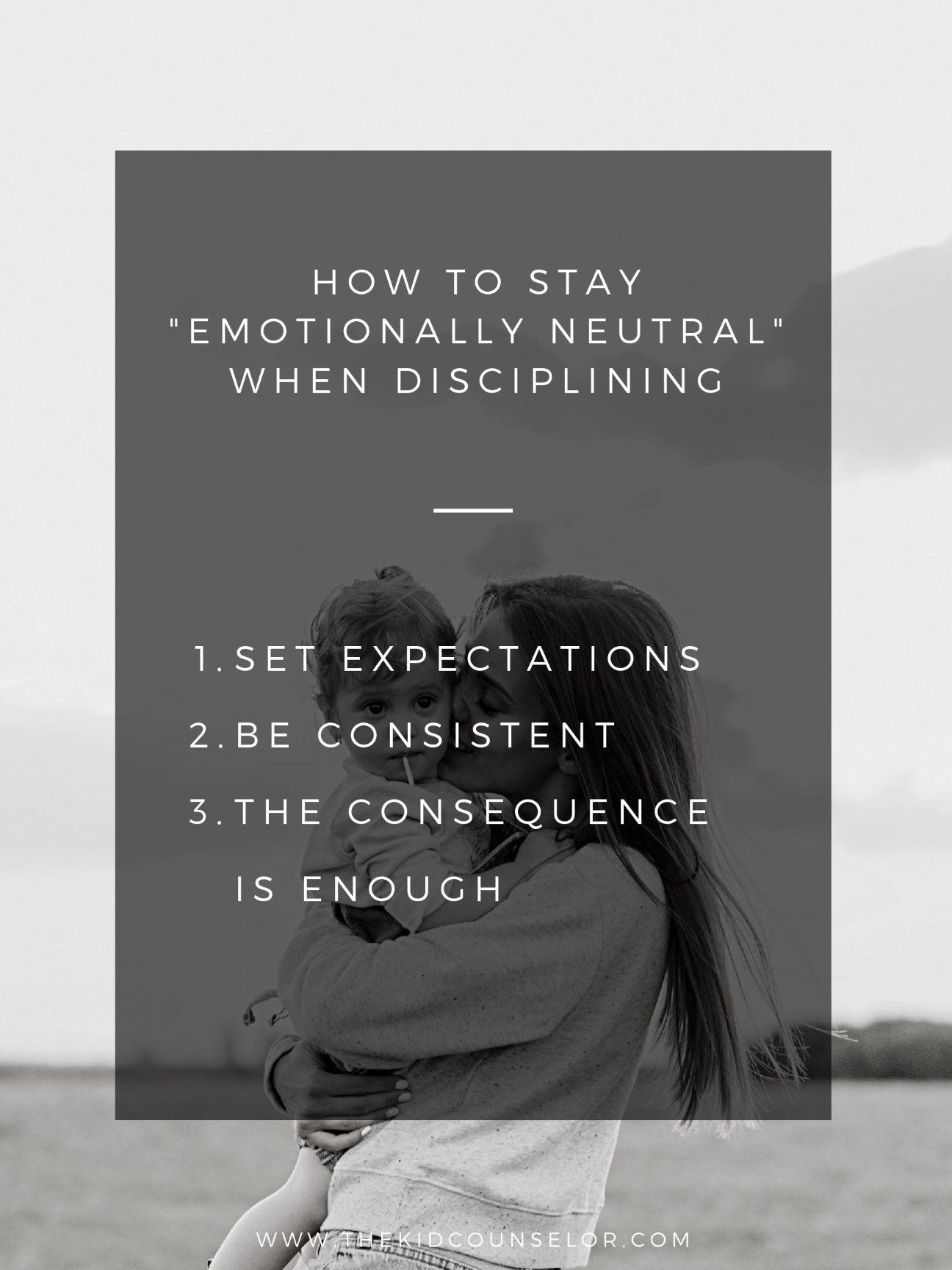 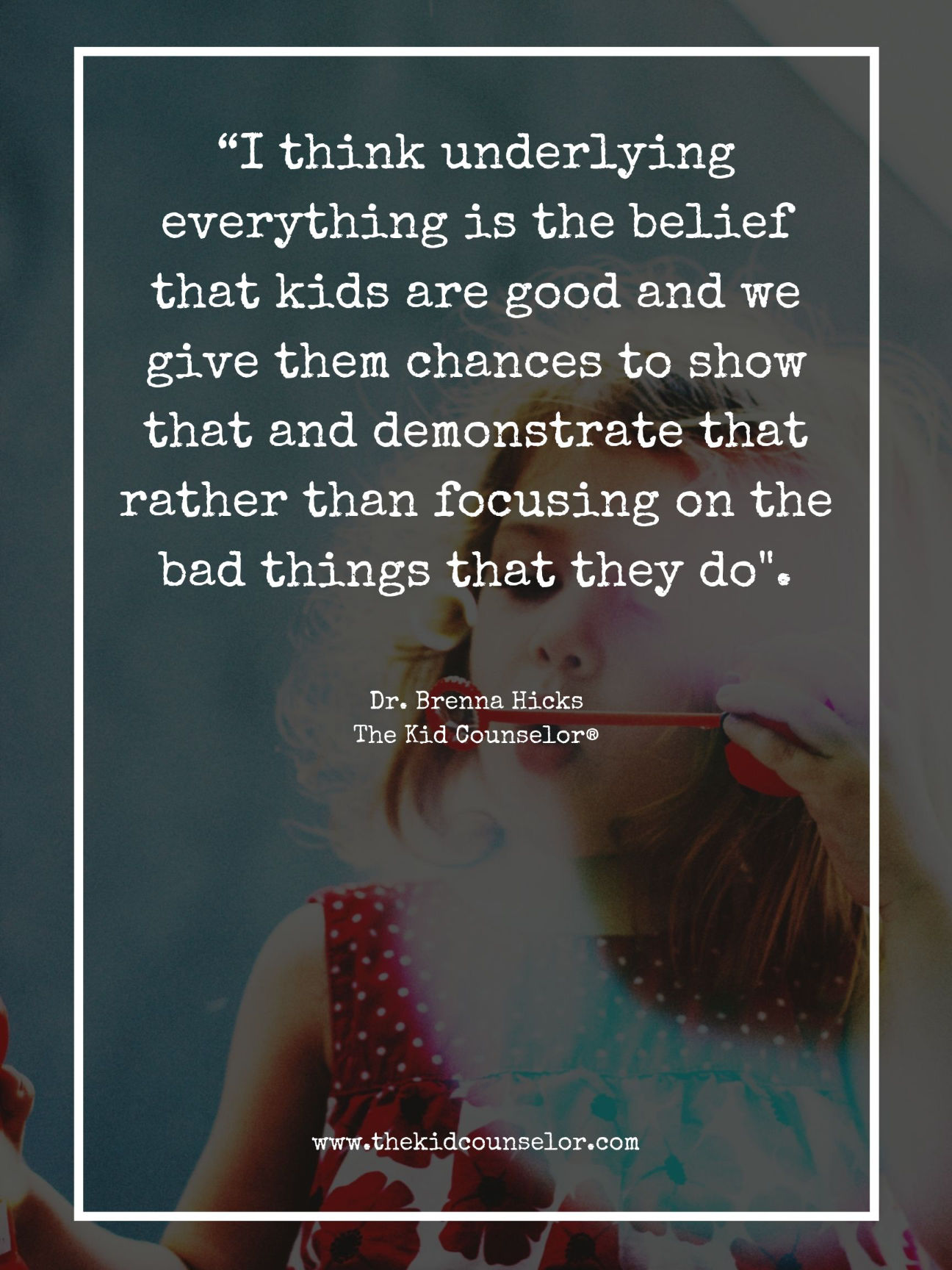 ‘I love the insight into my kids I get from Dr. Brenna’s podcast!’ <– If that sounds like something you’d say, please consider rating and reviewing my show! Your ratings and reviews helps my podcast reach more people, inspiring them to build better relationships with their kids. Click here, (you need to be in your Apple Podcast app) scroll to the bottom, tap to rate with five stars, and select “Write a Review.” Then be sure to let me know what you thought about the episode!