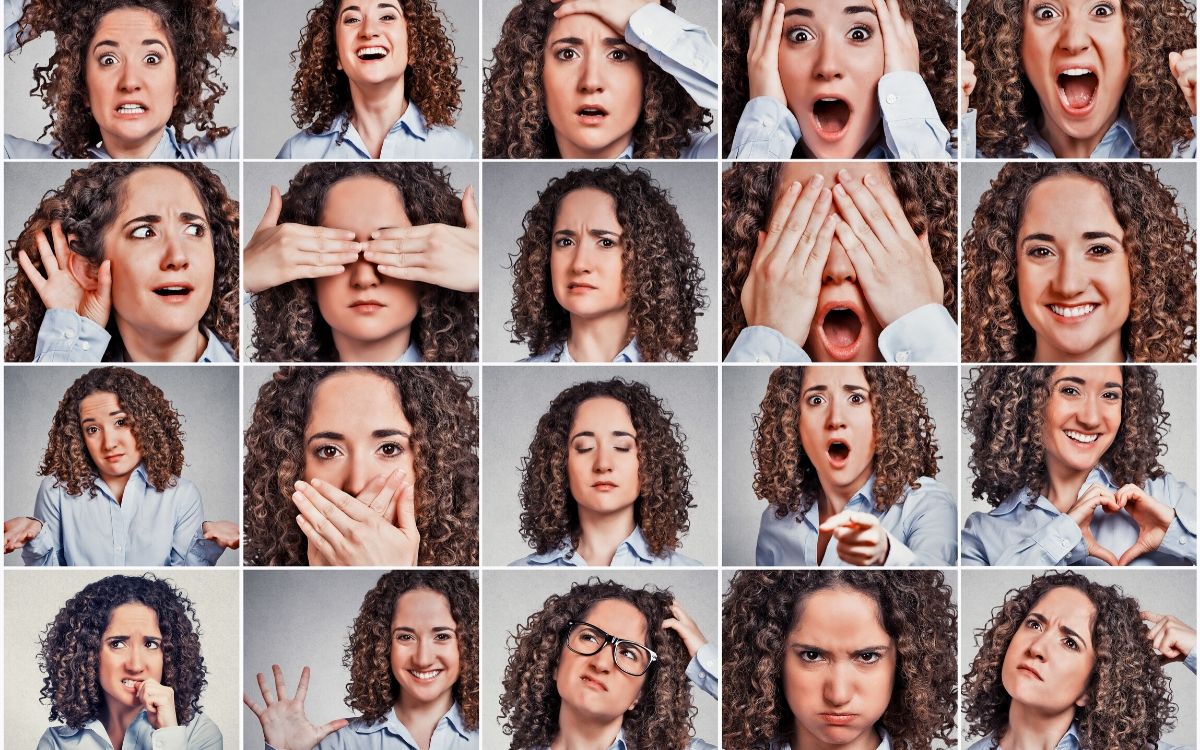 How To Increase Your Emotional Vocabulary

Hi, I’m Dr Brenna Hicks, founder of the kid, counselor and play therapy parenting. Today I wanted to spend a little bit of time talking about the importance of emotions and of course I typically tend to focus on emotions and children, but I think that also has carry over and relevance to emotions and emotional vocabulary and adults. One of the skills that I teach in play therapy is reflecting feelings and that is such a foundational skill because it allows the parent to meet the child in their emotion and reflect that back to the child so that the child learns to identify what they’re feeling and equips them to then communicate that feeling in later instances or experiences where that same feeling emerges again. So an example might look like the child brings home a piece of artwork from school and says, look what I made with a big smile on his face.

The parent can acknowledge that the child is happy, the child’s proud, the child is excited, the child is joyful about what was created, so the parent identifies what the child is feeling and then is able to say, you’re proud of what you made or you’re happy to show me your picture. Something along those lines. Now the interesting thing about kids is they deal with the same somatic symptoms that we as adults do, so in other words, we feel butterflies in our stomach. We understand that we’re nervous or worried. We get a surge of adrenaline and we understand that we are feeling anxious or frustrated or angry or in that fight or flight mode, we also get surges of endorphins and we understand that we’re really excited or happy, so they experience those exact same sensations and unfortunately they don’t know what that means. They will often complain that they don’t feel well.

My belly feels funny in my tummy hurts. My head doesn’t feel good and there’s no physiological or physical reason for that. It is truly rooted in an emotional response. And so the interesting thing about reflecting feelings to children is that they all of a sudden experience the symptom, so butterflies in their stomach, which as an aside, I have had two different kids on their own without me prompting, try to explain what it feels like inside when they are nervous or worried. And of course they weren’t saying Miss Brennan when I feel nervous and worried. This is what I feel like they were just describing their state. And one said, I feel like a spider is spinning a web inside my belly. And if you think about what butterflies in your stomach feel like when you have that anxious, nervous, worried feeling for a young child, excuse me.

That would be an example of what they might be able to connect that feeling to a spider spinning a web because it’s delicate and it’s moving around. And another child told me someone’s stretched out cotton balls inside of him. And again, kids trying to make sense of what’s going on inside their bodies, but they don’t understand what that means or how to express it. So back to the example, when the child feels butterflies in their stomach, they then can say, Oh, last time I felt this way, mom or dad or Miss Brenda or whomever’s reflecting their feeling told me that I was feeling nervous. So now there’s the identification. I now can identify that I am feeling nervous and also then there is the ability to communicate that in future instances, last time I felt this way, I was told I feel nervous. Now I have the vocabulary to communicate that in a meaningful way to someone else in my life.

So now the child is equipped to say I’m feeling nervous right now. Because when children do not have an emotional vocabulary, they will often emotionally or behaviorally try to demonstrate their dysregulation. So they will start running around and getting hyper. They’ll start withdrawing and being very quiet in the corner. They’ll start being very emotional. They get upset and cry at little things. They get angry and throw things where they’re aggressive. So you can see how there is definitely a reaction to the emotions. They just don’t have the ability to identify what they’re feeling and then communicate it. So in thinking about how to help children identify those feelings and communicate them through that emotional vocabulary, it’s extremely important that we as adults and parents that are interacting with kids understand how our emotional vocabulary and emotional maturity influences that have our kids. When I train parents in play therapy, parenting or in the other parent trainings that I offer, I’m interested by how difficult it is for parents to effectively move outside of the basic emotional language.

And as you can see, there is a very, very visible, tangible representation of the complexity of emotions with this cone. And so if you’re looking at the cone in the three dimensional shape, you can see how the more saturated color at the top, at the biggest part of the cone is the more deep and significant feelings. And then as you work your way down toward the point, the fee, the emotions and the color become last, less saturated and they are lesser versions of the initial emotional category. And then what to me is the most fascinating piece of it all. When you see the top down view where the pedals are essentially unfolded, so in other words, if the cone is like this, then if you’re looking at it top down, the pedals come out and you can see looking down from bird’s eye view how it extends out there is where the complexity comes in.

Because as you can see the feelings on each color pedal, if you will, almost designed like the color wheel spectrum when you’re growing up in art and you learn, you know the primary colors in the secondary colors and how they’re related and opposites. So same thing with the cone of emotions. The opposite is directly across from each other, so you can see how that gives you a lot of insight into the opposite of this is this, but then even further the words in between those pedals are the hybrid feelings that come when two emotions merged together. So to me, I’m a visual learner. That has always been my go to tool for not only myself, but also helping parents that I train to really understand the depth and the complexity of emotions and as we are purposeful in really trying to distinctly identify those feelings that equips us to be so much more effective in encouraging that same development in our kids.

So please feel free to study this cone. Investigate the different feeling, combinations, the emotions, how they all relate together, how some are opposites, how some are hybrids. It’s so fascinating and there there’s been so much research conducted on emotions. Paul Ekman is known for his research on the universality of emotions, so this has been something that has been long studied and long research and there’s a reason why because there’s so much complexity and there’s so much richness in our human emotions and our capacity for our emotion, our ability to express emotion and sometimes our inability to fully understand those emotions at the same time. So I hope this encourages you this week to not only focus on your own feelings and trying to identify to a very precise degree exactly what it is that you’re feeling in an effort to then pass that onto your children and as they are expressing their feelings, you are equipping them to be able to identify and communicate those in a healthy way. Make sure that you liked the on facebook. Sign up for my email newsletter and subscribe to my podcast on Itunes so that you will not miss any information from me, always trying to provide you with meaningful, helpful parenting tips and skills rooted in play therapy. So it was so good to be with you. Thanks for watching and I’ll see you again soon. Bye.