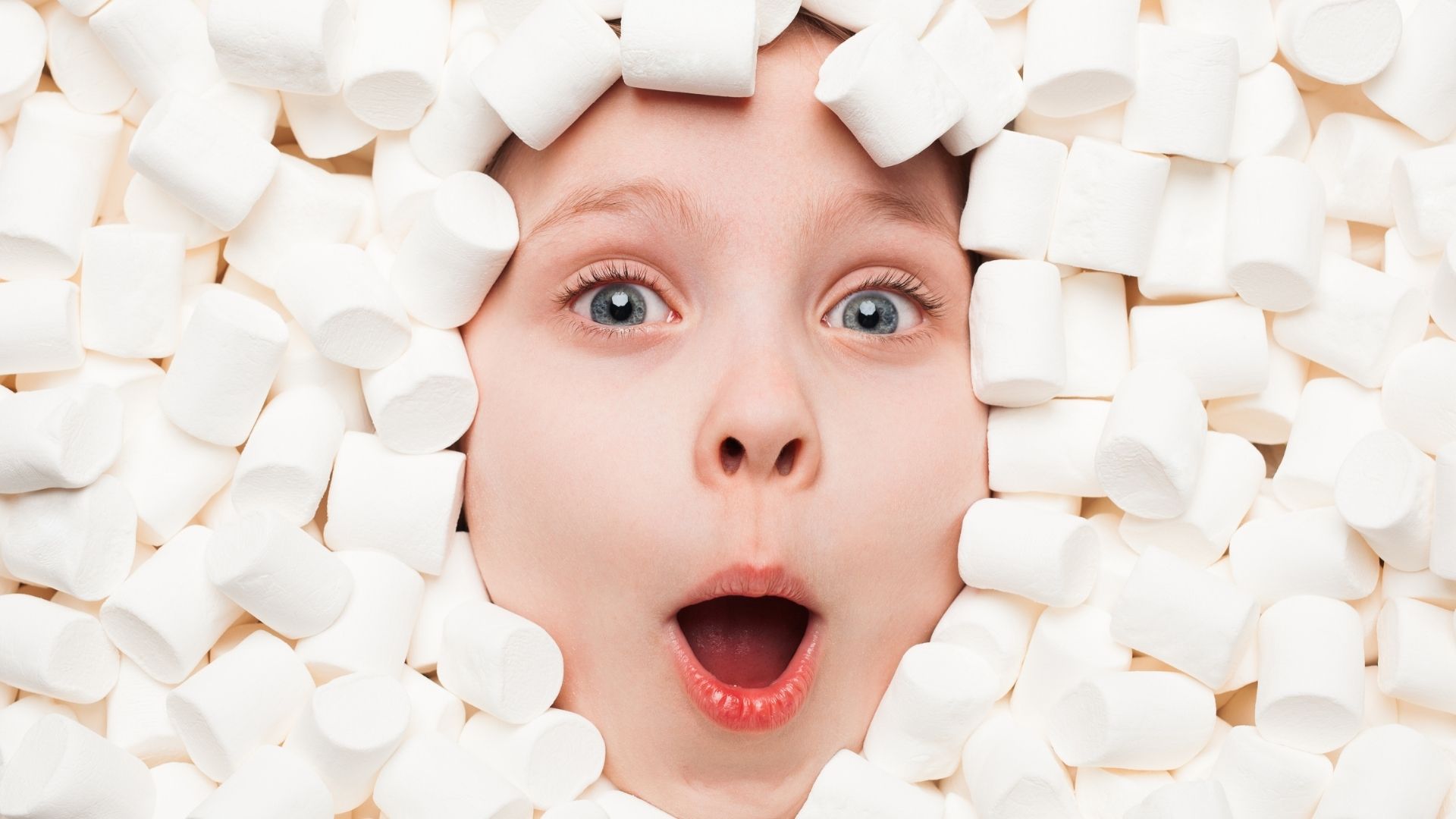 Is Your Child a “Two Marshmallow Kid?”

This is part 3 of a 3-part series on emotions. To watch part 1, please click the following links:

Have you ever felt that your kids are too impulsive? Do they get out of control when they are overly excited? Are they quick to melt down when they don’t get their way? Does their behavior seem reckless sometimes? A good predictor of adult success is how well a child can control their impulses. In this episode I share some tips with you to help your kids learn self-control.

Hi, I’m Dr. Brenna Hicks, The Kid Counselor. Today is the third installment of the series that I’ve been doing straight from the Special Edition of Time: The Science of Emotions. I’ve been reading through this, and I’ve loved everything that I’ve been seeing. I wanted to share some highlights with you. So the first two referenced a few studies and how important emotions are and what you could do to help your kids better understand and communicate those emotions.

So in the same vein today, we’re going to talk about another study that actually came out of Stanford. Interestingly enough though, the other two in the series were specifically about very recent data. This goes back to the 1960s, so we’re actually taking a long trip back in time, but extremely important. And you might have actually heard of this study. It’s one of the pretty well referenced studies about toddlers. If you’ve heard of the Stanford Marshmallow study, you might be nodding your head right now. Essentially, what happened in this study in the 1960s, researchers took a whole bunch of four year olds with parental consent, and they had children’s favorite snacks and most of the snacks involved marshmallows. Children were put in a room with a researcher who said, ‘You can have one marshmallow now or if you wait while I go run this errand…’ and they would fill in why they had to leave. You know, ‘I have to go check on someone,’ or ‘I have to go run and see what’s going on with this. If you wait until I come back, you can have two marshmallows.’

So parents approved this and four year olds went in and they sat and they had to stare at this marshmallow in front of them with no one to monitor their actions. No one there to talk them out of eating it. No one to influence their decision. They were in a room alone with cameras filming, staring at the marshmallow. And could they wait, delay instant gratification, delay their impulses, and then get double the snack? Or did they succumb to their lack of willpower and did they just eat the marshmallow right away?

So incredible: two four year olds held out. TWO! So what does that tell us? Kids do not have impulse control. We already know that kids are not rational, kids do not have logical cognitive processing going on. They’re here and now, emotional beings. Driven by the moment: what, here and now, will serve me the most? They tend to be very reactive. They’re very impulsive. So only two were able to hold out.

So it got him thinking, and it started forging connections for him. ‘It seems that the kids that waited the longest to eat the marshmallow and or that did not eat the marshmallow seem to be faring better. The stories I’m hearing about them academically, socially, relationally, you know all of these factors of success. It seems that they’re faring better.’ So he set out on a mission to track all of these children down as they grew. And lo and behold, what do the studies reveal? That the children who delayed their gratification, who controlled their impulses, who were able to wait, who were able to refrain from eating the marshmallow, they fared better on all of these factors.

So here’s my take away and here’s my encouragement to you. You’re essentially thinking in terms of an emotional intelligence in this study. So the previous two studies that I’ve talked with you about were emotional vocabulary. We’re now moving into kind of the next phase of this, which is emotional intelligence. And basically they’ve broken this down into two pillars, if you will, of emotional intelligence. So the first one is: emotions cause you to have impulses to act. If we understand that, that sets us up to succeed. Because by identifying that we are feeling something, and that feeling makes us want to do something, that gets us ahead of a lot of people right off the bat. So your impulse to act comes directly from your emotion. So it’s being able to recognize that your emotions influence your decisions and your behaviors.

The second pillar is: the ability to resist the impulsive behavior is the next level of emotional intelligence. So essentially you could sum it all up with you want to be a two marshmallow person, right? You want to be the one, and you want your kids to be the ones, that can sit and stare at that marshmallow. What’s so funny – I don’t know if you can have access to it, go look it up – but watching the kids. Some of them smell the marshmallow. Some of them licked the marshmallow. Some of them poked it. Touched it. They could not, even when they weren’t eating it, they couldn’t leave it alone. The impulses were so great for these four year olds, they wanted so desperately to interact with this treat that they were told they shouldn’t eat. So it’s being aware that our emotions make us have impulses. Then it’s being able to resist those impulses; that gives us that level of emotional intelligence. So a two marshmallow adult!

Here’s what we need to know about interacting with our kids. We need to help our kids learn to name it to tame it. It’s a really helpful, catchy phrase. If they can name their feeling, they can tame the impulse. So I’m angry. I feel really weak. I want it. I don’t know that I can hold out. I’m trying. I feel like I’m not equipped. I feel worried. I feel scared. I feel inadequate. I feel confused. I feel whatever. Whatever it is that they’re feeling. If they can acknowledge it and name it because they have an emotional vocabulary, then they can tame the impulse to act on that feeling.

Because often if we use our rational, cognitive, intellectual process, it takes us down a very different path than if we let our emotions govern our decisions. There’s even back from the 1960s further support that emotional vocabulary is crucial. Emotional intelligence comes on the heels of the vocabulary, and all of that sets our children up for success. It all starts with reflecting feelings. Please go and watch my other videos. Listen to my other podcasts. I have a ton of information on my websites with the reflecting feeling skill. So if you’re not that familiar with it, please dive in. Learn about it. Use the resources I have out there for you.

The simplest way is always start with you, use the emotion or the feeling word, and then add a short qualifier. So “You are upset about that.” “You’re angry that he hit you.” “You are upset that happened.” You don’t even have to use the qualifier. You can stop just with the you and the feeling word. “You’re excited. You’re proud. You’re happy. You’re anxious. You’re worried.” Whatever. Use this as much as possible with your kids. Research supports it. Play therapy believes it. It’s part of the training that we do. It’s part of the practice we do when we work with kids. It works. It’s effective. And it sets kids up for emotional vocabulary and emotional intelligence. Which, of course, we all need. But we certainly want our kids to develop those skills as they grow into adults.

Thanks so much. I’ll see you again soon. Bye.